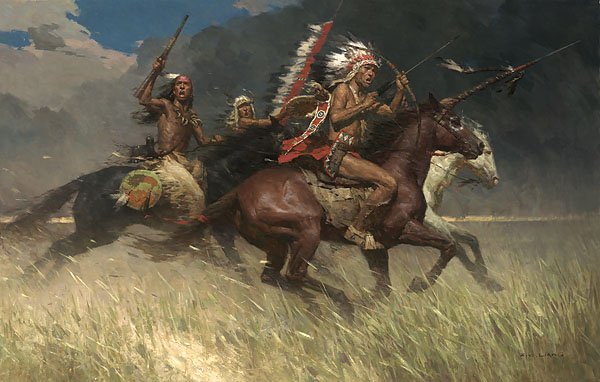 During the mid-nineteenth century, conflict with resident Native Americans intensified as settlers continued their westward expansion. This mixed party of Lakota and Northern Cheyenne warriors stands literally between the West and an approaching convoy of covered wagons. The skies are dark and threatening, emphasizing the imminent expansion and conquest of the Native Americans. They ride out bravely in the setting sun, aware that it may already be too late to preserve their land and their lives. “The physical strength of the horses and the daring of the men,” says Z.S. Liang, “combined with the pounding hooves and war cries, generate a sense of great energy and power in this mounted strike force!”