Artifacts Gallery - They Came From Nowhere

They Came From Nowhere 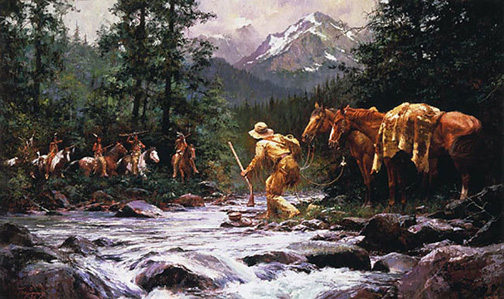 During the early part of the 19th century, the Blackfoot Nation was the dominant tribe of the North Central Plains. Their territory included some of America’s best beaver trapping streams. Trappers discovered by Blackfoot warriors were often killed (and often with guns obtained through beaver and buffalo hide trade with competing French fur traders). This lone trapper will need to draw on all his skills and luck if he is to survive being caught out in the open by this stealthy war party.