Artifacts Gallery - Found on the Field of Battle

Found on the Field of Battle 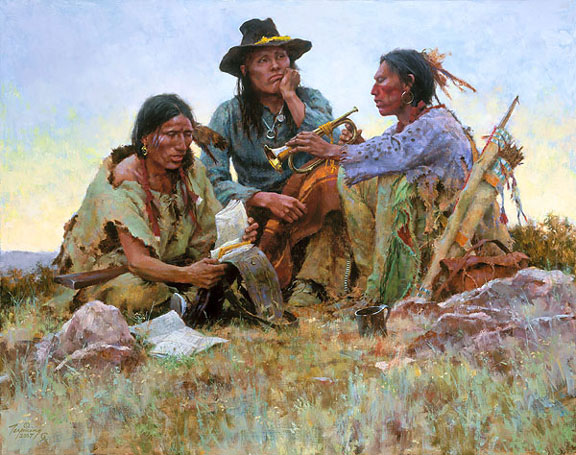 "Found on the Field of Battle" by Howard Terpning

This is another tight grouping of three men similar to The Long Shot, with approximately the same scale of the figures in relation to the surrounding area. This type of composition can tell a story very well and the viewer can see the story immediately.
These three Cheyenne warriors have been in a battle with the cavalry and in the aftermath of the conflict they were able to find trophies on the ground that they prized highly. One man wears a cavalry hat, another has found a dispatch case which will no doubt be converted into something more to his liking, and the third man has a bugle, which will give him bragging rights. Finding trophies on the field of battle is something that has gone on since battles were fought and this is my interpretation of such an experience.