Artifacts Gallery - Westbound: A Date with the General

Westbound: A Date with the General 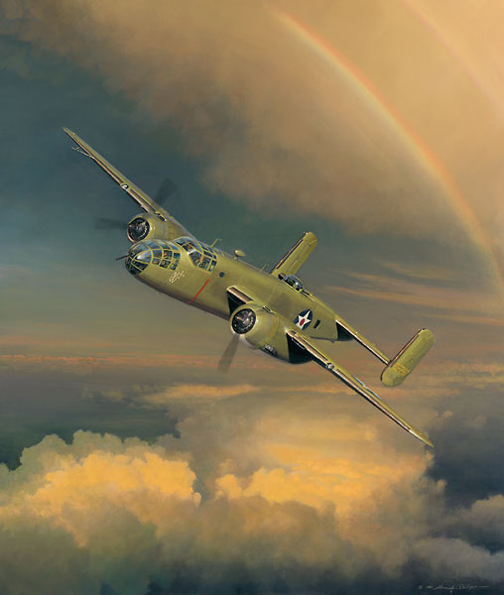 “When we get to Chunking, I’m going to give you all a party that you won’t forget,” was Lt. Colonel James Doolittle’s promise to the 16 B-25 crews aboard the USS Hornet a few days before their historic air raid on Japan. By late afternoon on April 18th, 1942 the relative safety of the China coast was all that Lt. Donald G. Smith’s crew had on their minds. The 15th aircraft (# 40-2267) to leave the carrier’s deck had bombed its targets in Kobe, Japan but the crewmen knew they’d never make their designated landing strip on the Chinese mainland. The weather had become increasingly worse and visibility had dropped to zero. Lt. Smith was forced to ditch his bomber off an island on the Chinese Coast near Sangchow.
All of Aircraft 15’s crew would eventually make their way to Chunking but sixteen of the other Doolittle’s Raiders did not. Doolittle himself would rise to the rank of full General. It is the stuff of aviator legend that when the last Raider makes his final flight westward into the day’s fading light he will be greeted by his fellow Raiders and the General, and they will have a party never to be forgotten.