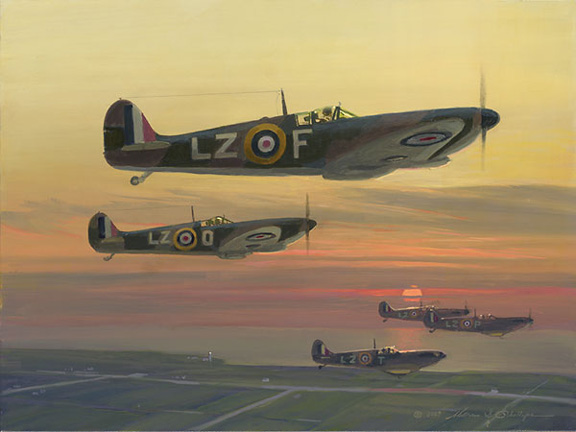 The Supermarine Spitfire was a single-seat fighter used by the British and many other Allied countries during World War II. Easily identified by its distinctive elliptical wings, the Spitfire grew to legendary status during the Battle of Britain. The Spitfire performed so well during the battle and was so beloved by pilots that, unlike other models, it remained in production through the end of the war.