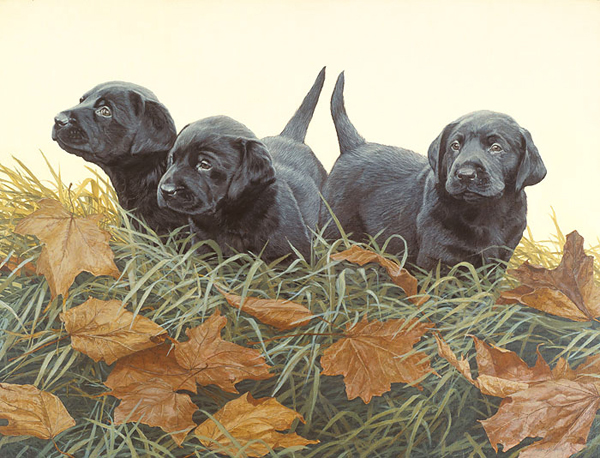 These are a few of artist John Weiss’ favorite things . . . Black Labradors, that is. Weiss is one of the country's most sought-after dog portrait artists because of his ability to capture the personality of both the breed and the exemplar in each dog portrait he creates. His paintings of dogs and of horses have an avid and loyal following. “Word of mouth has resulted in my works being sold all over the world,” he says. “There was even one portrait of a dog that was presented to Queen Elizabeth by Lady Barlow.”

“Expression is very important and unique to each breed and I wanted to represent a range of expressions with this tiny trio,” he says of the siblings in Lab Puppies. “These pups are typically very curious about their surroundings. It’s a big world out there and they’re already sniffing it out.”