Mystery of the Underwater People 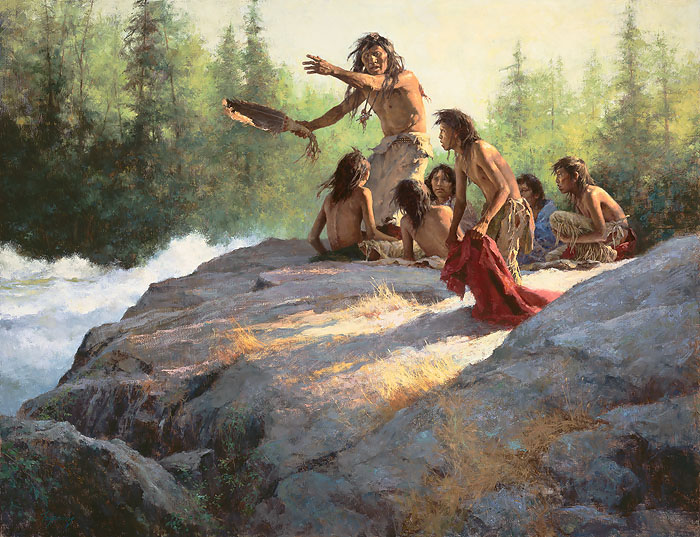 "Mystery of the Underwater People" by Howard Terpning

These mystical inhabitants of rivers and lakes may not only be a source of sacred power to the Blackfoot, but quite possibly to Howard Terpning as well. "The Force of Nature Humbles All Men," "Moving Day on the Flathead" and now "Mystery of the Underwater People," some of Terpning’s most highly regarded, sought-after and honored works, derive their inspiration from the relationship between water and people.

The Underwater People, or "Suyitapis," may dwell in the rivers and lakes, but their influence on land is significant. Many Blackfoot medicine bundles, painted lodge covers and other sacred items derive their power from them. As Howard relates: “In the early days, when the Blackfoot people lived on the land where their ancestors were buried, they believed that other animals and people lived under the water. Some believed that these animals looked similar to the ones roaming their country but were different in some way and they believed that the underwater people also differed from them. In this scene, a man who could be an uncle or perhaps a medicine man is explaining to these young boys the dangers and mysteries that lie beneath the water. This was part of their education and introduction to the adult world.”