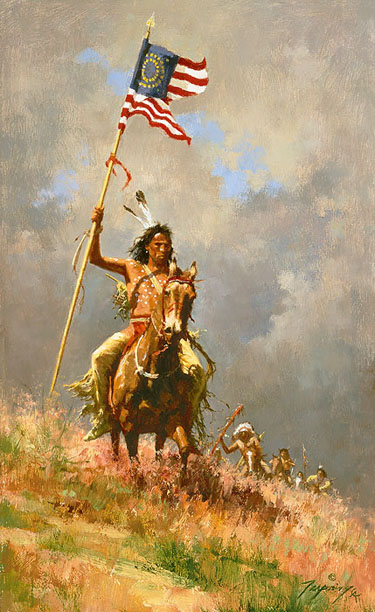 "Change of Command" by Howard Terpning

Following the Civil War, the Sioux, along with their Cheyenne and Arapaho allies, struck at will against civilian and military targets all along the trails that led in and out of Fort Laramie. In 1865, the Powder River Expedition was sent to quell the violence but was routed in several engagements by superior forces that numbered as high as two thousand warriors.