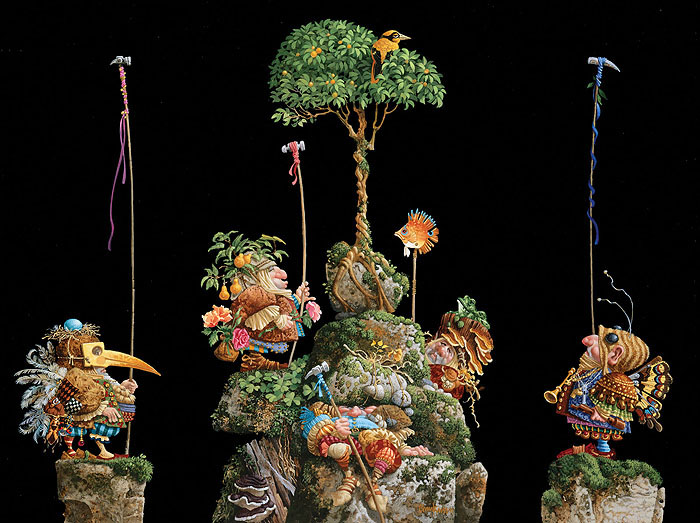 “For these hunters, the ritual is far more important that the prize,” explains Christensen. “Bonking the bird is not in the thing; the technique of the hunt is. Each of these bird hunters is a “master” of technique, whether he’s disguised as another bird, a pear tree, a rock, a fungus-covered log or a butterfly. Whoever has the best costume, more than who gets the bird, wins.”