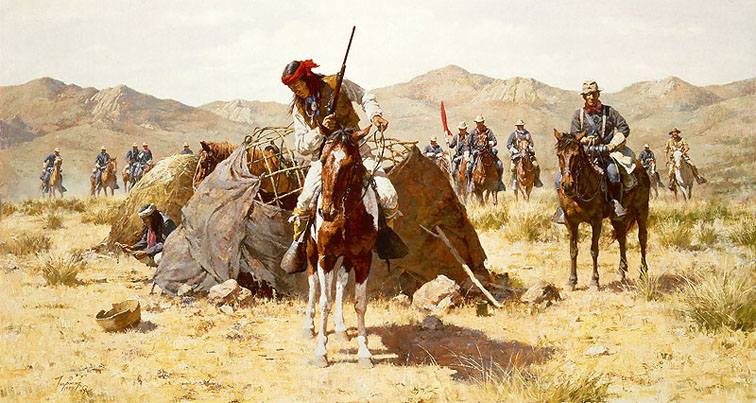 On September 5, 1886, Brigadier General Nelson A. Miles sent a telegram to his superiors in Washington, D.C. announcing that the 16-month war with Geronimo was finally over. This marked the end of 25-years of intermittent warfare between the Chiricahua Apaches and the United States. Without Apache scouts (which included Western Apaches), chances are the military would not have accomplished this.

Geronimo’s final campaign began on May 17, 1885, with 143 followers, 41 of whom were fighting men. War weary or unhappy with Geronimo, the balance of the tribe, some 385 individuals, had stayed on the reservation. Hoping to put a quick end to the war, many of the remaining Chiricahua men actually enlisted as scouts. They were led by Chatto, a 40-year-old chief. Pursuing Geronimo was a dangerous task he recalled, “I carried a double cartridge belt with 45 to 50 cartridges on each belt. My rifle was loaded and my finger on the trigger following fresh tracks of hostiles, not knowing when a bullet might go through my forehead.”