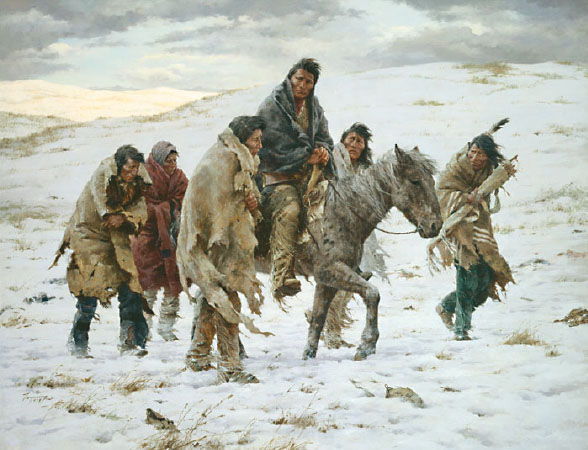 A powerful portrait of leadership in the face of fading freedom is rendered in this painting of the great Nez Perce Chief Joseph, on his way to surrender to army troops in the foothills of the Bear Paw Mountains, only a day’s ride from safety at the Canadian border.

For over twenty years, the Nez Perce negotiated with the white settlers and government, to be able to remain in their beloved Wallowa Valley of Oregon. Despite many provocations and betrayals of trust, they avoided bloodshed until 1877 when they were forced to leave their land. After attacks on both sides, Chief Joseph led his people on a four month, seventeen hundred mile flight, fighting many battles in their retreat toward the safety of Lakota Chief Sitting Bull in Canada.