Medicine Man of the Cheyenne 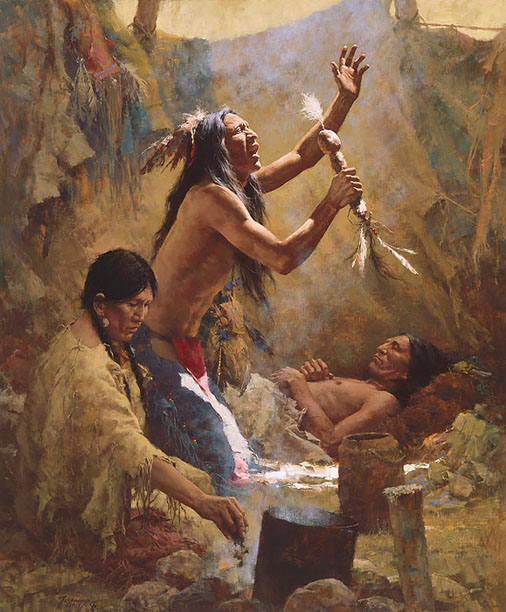 "Medicine Man of the Cheyenne" by Howard Terpning

They followed the warrior’s way as proud horsemen with an appetite for competition, excellence and danger. Emboldened by bravery and with the protection of their sacred medicines, the Plains Indians would fight for revenge but welcomed the chance to test their courage.

Our ideal image of the Plains Indian warrior endures even though the full glory of his greatness has vanished. He remains an important American icon, every bit as pertinent to our past as the cracked bronze bell in Philadelphia or Plymouth Rock in New England. However, the “winning” of the American West is not a tale told of triumph, but rather of tragedy.