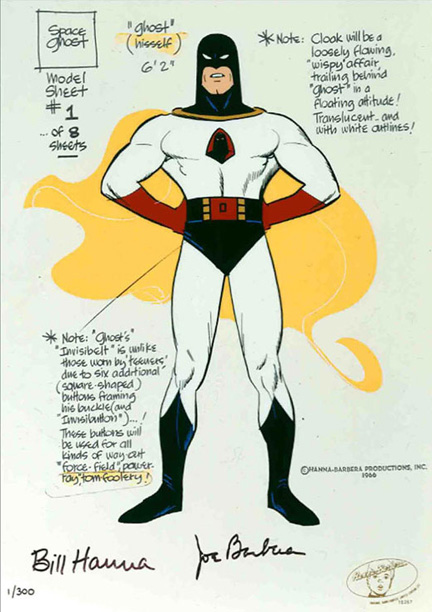 Directly reproduced from the original model sheet by Alex Toth, Space Ghost is a Limited Edition Cel with a lithograph background released to coincide with the superhero’s 30th anniversary. It is signed by the co-founders of Hanna-Barbera Studios, William Hanna and Joseph Barbera. The intergalactic crimefighter battled villains like Zorack, Vorvolaka and the Gargoyloids with the help of teenage twins Jan and Jace and their pet monkey Blip beginning with the “Space Ghost and Dino Boy” premiere on September 10, 1966, years before he began his stint on Cartoon Network’s “Space Ghost: Coast to Coast.”