Artifacts Gallery - Up and at em, Atom Ant! 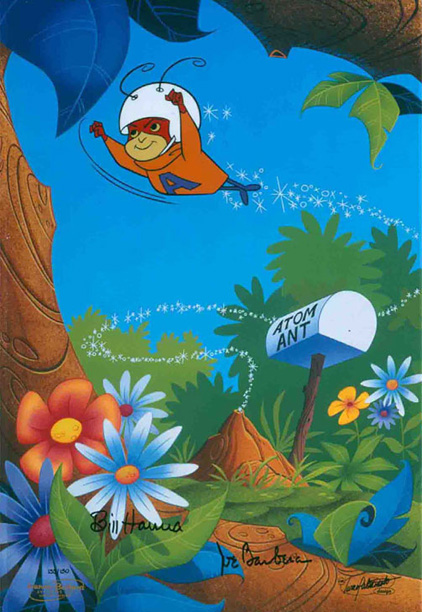 "Up and at'em, Atom Ant!" by Hanna Barbera

Whether on his way to battle the monstrous Godzilla Termite or his arch-enemy Ferocious Flea, the small but mighty Atom ant puts his super strength to the test in the way only a nuclear-powered insect can. The tough and tiny Atom Ant was originally one of six cartoon characters to make up “The Atom Ant / Secret Squirrel Show” and is the design work of veteran Hanna-Barbera artist Iwao Takamoto, who lends his own powerful talents to “Up and at em’ Atom Ant!”